Home - About us -  Advertising  - Sponsors - Partners - Contact
You are at: Home » Medical & Well-being » Diagnosis and treatment » Use antibiotics against bacterial infections

Use antibiotics against bacterial infections

Part 1 of a diptych about the use of antibiotics

Why and when are antibiotics used as a medicine for Koi, and what exactly does it do?

Antibiotics are drugs that help cure infections caused by bacteria. They kill bacteria or inhibit their growth. They are agents that are used when the immune system cannot eliminate a Koi pathogenic bacteria. Without this extra help there is a good chance that the consequences of an infection are fatal. 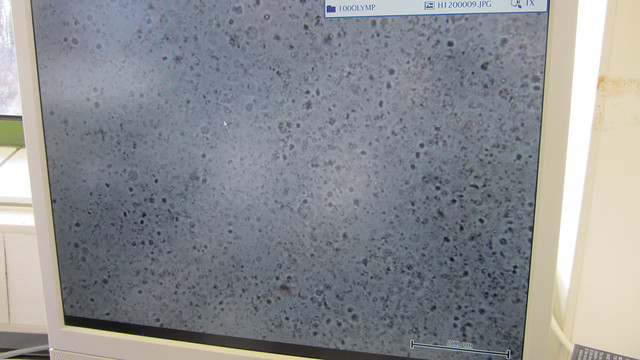 If a koi cannot heal on its own, antibiotics are used. But first, it must be determined whether there is actually a bacterial problem. Because only in that case does the use of antibiotics give a chance of a cure. Antibiotics is often a last resort and this must be handled with the utmost care.

An infection is caused by heterotrophic bacteria! These are single-celled organisms that can multiply very quickly under favorable conditions. They do this by simply sharing. They need organic nutrients to survive. These pathogens are always present, but seize their opportunity if the circumstances are favorable. Moreover, these bacteria are able to adapt incredibly quickly to changing situations.

The word "bacterial infection" is well known but what goes wrong when such an infection occurs. The mucous membrane of a koi is its protective layer. This contains certain antibodies that ensure that the fish remains healthy. But due to, for example, poor water quality, external damage or due to parasites (ie due to non-optimal living conditions), this protective layer can partially disappear. This gives the fish reduced resilience and becomes susceptible to its environment. These are the times when pathogenic bacteria strike, attach, multiply and cause infections.

If the immune system of the Koi is not strong enough to respond adequately and deal with an infection, ulcers can occur, also known as hole disease, fin, beak or tail rot. Furthermore, the behavior of the fish can change because it is isolated, no longer eats (loses weight) and shows signs of stress. A distended abdomen with outstanding scales and bulging eyes is a symptom of an internal bacterial infection. 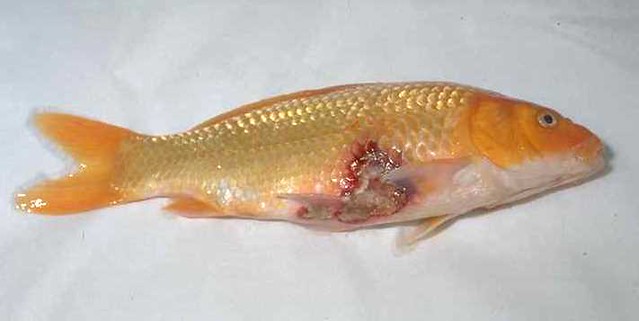 Very often, poor water quality, parasites, overcrowding or stress are responsible for bacterial infections. The pursuit of optimal living conditions around the Koi keeps many problems out of the pond.

In September 1928 a British doctor discovered: "Alexander Fleming" by chance an antibacterial substance that strongly inhibited the growth of bacteria. This active substance was called penicillin. Later this turned out to be a very useful tool that could save patients (humans and animals) with life-threatening infections. In the years that followed, several types of antibiotics were discovered and put into use, and a different classification was made for their different efficacy. This is referred to as narrow spectrum and broad-spectrum antibiotics. The narrow-spectrum antibiotics work specifically and against a limited number of bacteria, while the broad-spectrum antibiotics can combat many more bacteria. 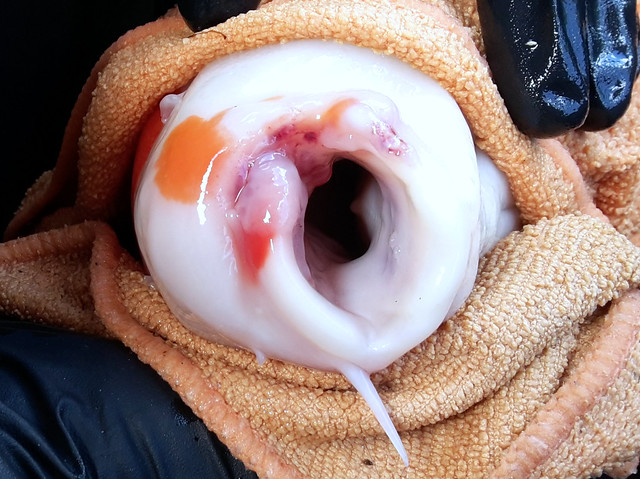 Koi with bacterial infection in the mouth

Treatment in a quarantine facility is preferred because there is often the possibility of raising the water temperature and keeping it stable.

Alie works in the pharmaceutical industry as a pharmacy assistant and specializes in oncology and radiology. It is therefore not surprising that her interest as an avid and, moreover, also an artistic hobbyist is mainly focused on the medical aspect, while not losing sight of the importance of the living environment. After following Koi University in 2014 she is co-initiator of the Koi & pond Advisory Group to help people and well-being of Koi.

Koi and Pond Advisory Group aeromonas antibiogram antibiotics resistance
Previous articleAre we going to Poland or are we staying more at home this year?
Next article Use antibiotics after making an antibiogram

Send us a message via your messenger app
EnglishNederlands